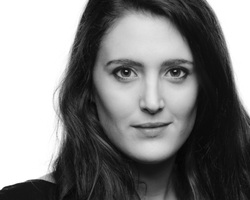 A Pirate by necessity – Despite struggles with identity Mary thrives in a man’s world flourishing in a society where many men struggle to survive. Mary searches for love acceptance and purpose.

Heather trained in Acting at Queen Margaret University where she appeared in The Visit, A Midsummer Night's Dream, David Copperfield, Sleeping Around and The Front Page.  She recently toured with Pace Theatre Company and, at last year's Edinburgh Fringe Festival, played several roles in the Children's play "The White Dalmatian" and the musical "Desire" with the company 2landa. 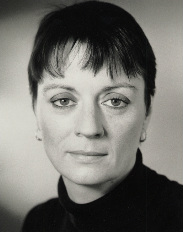 Helen Read, Mary’s mother – Jaded, tired, does what she has to do to survive.

Janet Lawson is a Certified Teacher with British Academy of Stage and Screen Combat and has taught in Scotland, England, the USA and Germany.  She is therefore a lot more used to slinging swords than singing songs but is loving being involved in “Mary” and really hopes that it will take off as a full production so she can get to do both. 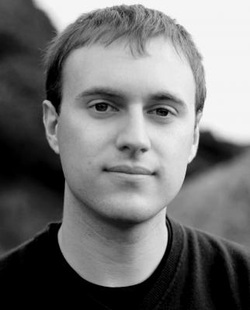 Bumbling logistics officer of the Dragoons – English, quite posh, public schoolboy, provides comic relief. Dudley has a good heart. He’s a good friend to Mary and Stewart. A bit of a buffoon.

Philip is the founder and Artistic Director of Peapod Productions, he is currently playing James in the company's UK tour of "The Garden".

He is also on the board of Firefly Youth Theatre, where he directs and co-produces "Guid Scratch" (an annual celebration of new writing by new and established playwrights in West Lothian). He has also taught and directed for The Benvenuto Players (a youth theatre based in Varese, Italy). 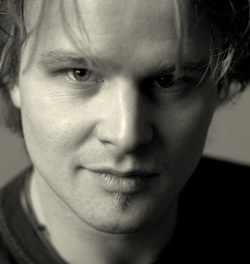 Mary’s first love – A handsome young soldier in Flanders, from Fife. Is uncomfortable talking to women.

Gilchrist trained at QMU, Edinburgh. Since graduating he has amassed a diverse collection of credits which include Titus Andronicus at Bard in the Botanics 2010 and Hedz for CBBC. He is also a writer and composer and is currently crafting a stage show for Fringe 2013... well, if a job's worth doing...

Gilchrist is consistently chuffed to work with and be of use to Joel Mason and has been thrilled to watch this particular project grow and bloom over the last couple of years into the buxom pirate wench she be now. Set sail, splice the main brace and enjoy sharing with us this gripping, moving and finely written account of the lives of some of the real pirates of the Caribbean. 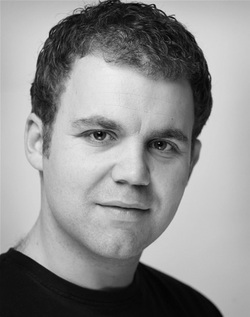 Billy - one of Jack’s crew – Ship’s doctor, a jovial drinker.
Captain Petersen -  captain of the Betty H.  A good merchant sea captain but a bit arrogant and cowardly in the end.


Bill graduated Queen Margaret University in 2010. While there his roles included Leontes in The Winter's Tale and Ian Hubbard in A Chorus of Disapproval. Since graduating he has played Tim in Suspicious Minds, Barnette Lloyd in Crimes of the Heart, also directed by Joel; and performed Tom In Future Earth in front of around 7000 primary school children. He was also part of the cast of the award-winning film, Live Action, Real People, for the Edinburgh 48-hour Film Festival. 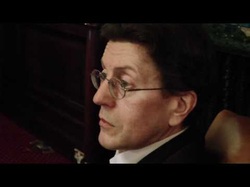 Mike – who worked until 2009 as Michael David – is Edinburgh born and bred, and has recently returned after 20 years in “furren pairts”(England).

Parts included Torvald (Doll’s House), Scarecrow (Wizard of Oz), Kostia (Seagull), Elyot Chase (Private Lives), Henry Higgins (Pygmalion), David Wylie (What Every Woman Knows), Leontes (Winter’s Tale) and, in his own plays, W.B. Yeats and Robert Louis Stevenson.  He has toured with Derek Jacobi in Richard II and Richard III and played Giles Ralston in the Mousetrap for a year.

During the Fringe he will be playing Trofimov in The Cherry Orchard for Theatre Alba.

He is currently writing a play about William McGonagall 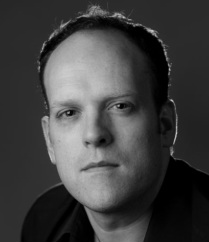 Principal antagonist – Quartermaster, a bully.
Kenneth graduated from Motherwell College in 2004 in Acting & Performance. He has been an Ugly Sister in Platform’s Cinderella, a Provost & teenager in Citadel’s Gentlemen’s Bairns at the Edinburgh Fringe & in several productions with The Walking Theatre Company including a Commander in the 1700s in The Hidden Jewel in Dunollie, as part of 2009’s Homecoming celebrations.  His TV credits include Lorraine Kelly’s Dilemmas, for SMG, and Science Scams, a Clarity production for Channel 4. As a musician he compered & performed at various open mic nights around Glasgow, most notably running Cabaret in the Café at Borders Bookstore & the Laid Back Jam Sessions at Tchai Ovna Tearooms. 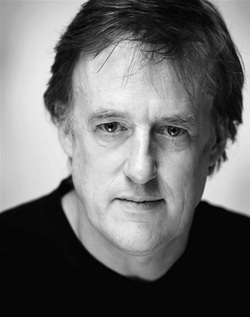 One of Jack’s crew – Ship’s master, probably the wisest of Jack’s crew, could be kind of an uncle figure to Jack. The loyal sidekick, from the Highlands or possibly Orcadian.


Alex has worked across theatre,television and film, he also works as a voice over artist and has been known to perform as a stand up comedian. 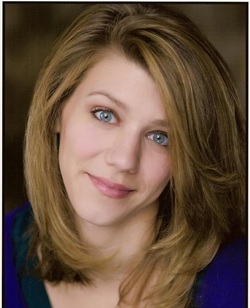 A Pirate by choice – Born in Ireland but raised from infancy in South Carolina. The daughter of a plantation owner. Rebellious, headstrong, independent, isn’t above using her sex or any other means to get ahead in the world. Anne is a party girl.


Molly recently appeared in Winning: A Charlie Sheen Dream, Happy D-Day, Of Two Minds (The Arches), The Nobel Laureate (for NTS Five Minute Theatre), Attempts on Her Life (Makeshift Broadcast), Stars in the Morning Sky (The Visitors, as part of Mayfesto at the Tron), and Hartland (an RSAMD/Tron/Traverse/Hampstead Theatre co-production).  US credits include: Getting Sara Married, Books, They're Playing Our Song (The Red Barn Theatre).  Film credits include Tandem, and Bankers.  She trained at the RSAMD. 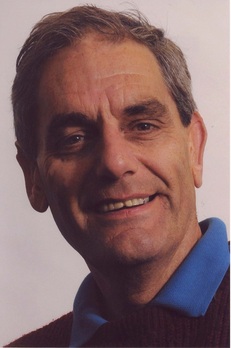 The Duke of Marlborough
A commander in Flanders – No nonsense military leader.  Very well respected by his men, both enlisted and officers.
Captain Hoseason
A merchant captain (the sea captain engaged to transport Davie Balfour in the novel ‘Kidnapped’)
Sir Nicholas Lawes
Governor of Jamaica and Judge at Mary’s trial

No stranger to Edinburgh's theatre world, Alan has appeared on stage in every Edinburgh Festival Fringe since 1965 (missing only 1975)!  He has played a huge variety of roles over the years, from Harold Hill ('The Music Man') and Malvolio ('Twelfth Night') to Atuahalpa ('The Royal Hunt of the Sun') and Sergeant Todd ('Forgotten Voices of WW1').  With Scottish company Theatre Alba he has appeared for the last ten years in a variety of productions for adults and children, including classics such as 'St Joan', 'The Wallace' and 'A Man For All Seasons'.  Television credits include 'The Dinosaur Hunters' (Channel Four), 'Ten Days That Shook the World' (History Channel) and '999' (BBC).  In 2003 he gained critical praise for his narration of 'Under Milk Wood' during the Edinburgh Festival.  He is active within Equity, having served on both the East of Scotland Branch and the national commitee, and was a director of the Fringe Society for over ten years.  For 25 years he owned and ran Arvalon Stage Armoury, hiring weapons and armour for stage, film and television. 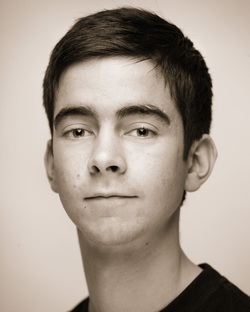 A Welsh carpenter, Mary’s lover – not a fighter, pressed into piracy against his will, falls in love with Mary’s strength and spirit.

Rhys trained in Acting & Performance at Queen Margaret University, Edinburgh and graduated in 2010 with distinction.
He has worked in 2 consecutive Fringe festivals with Nonsense Room Productions where he played Jim Hawkins in "Treasure Island" and Marcus in "The Apprentice".
Since graduating Rhys has also gone on to work with Daisychain Productions and with Generation Science on a T.I.E tour.

His Television credits include "Gary:Tank Commander" (Comedy Unit) and a due to be filmed episode of "Lip Service" (BBC 3).

Rhys is also part of a small film company called "Blates Productions" in which they write and film short comedy pieces. Their most recent success was with 'Live Action Real People' for the Edinburgh 48hour film festival. 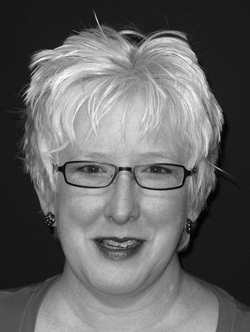 Carol Cullen Smith is a native of Rhode Island, with a BA in Theatre Performance from Rhode Island College. She spent two years as a member of the Cumberland Company for the Performing Arts. Carol joined Kaleidoscope Theatre in 1981, and became the companie's Artistic Director in 2001.  For many years she was a regular performer at the Newport Playhouse and Cabaret Restaurant, appearing in both mainstage productions and the post-performance cabarets. Carol is a founding member of The Gallery Theatre (now the Newport Repertory Theatre), which showcased a different artist each month with every new play. She is also a founding member of brand new venture Infinity Rep.  Carol is thrilled to be working with Joel once more after a little gap of 24 years. The Spirit of Swashbuckling lives!